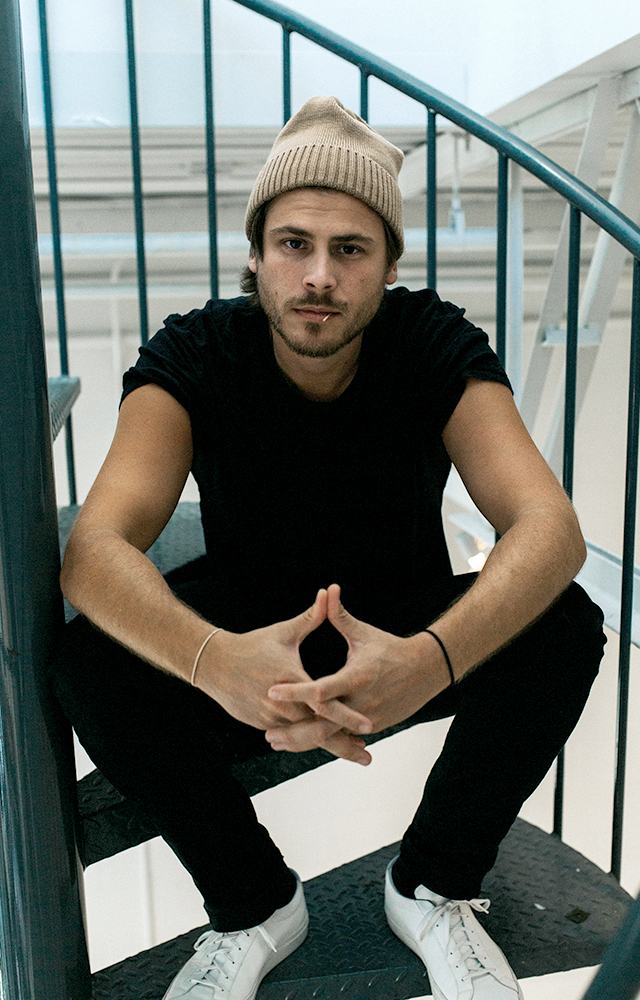 An Interview With Cory Asbury—Why He Took a Year Off

Cory Asbury is back! Known for his hit song “Reckless Love” that garnered a Grammy nomination along with two GMA Dove Awards and two K-Love Fan Awards, Cory went from being a world-renowned songwriter and traveling worship leader to a year of quiet isolation with God. After taking a year off to rest with family, Cory bursts into 2020 with new songs and projects including a new single “The Father’s House,” a “Reckless Love” remix featuring Tori Kelly, and a Reckless Love 40-day devotional—all sparked from a deeper revelation of the Father’s heart found in his year of retreat. In the following interview, Cory describes his journey into solitude and rest that further solidified his identity as the son of a loving Father.

What was it like for you when your song “Reckless Love” became a Christian music sensation?

That year was wild. I found myself even in the first few months of that year reeling, in a good and bad way. It’s awesome when a blessing happens, but I was also traveling a ton. One day I had a come to Jesus moment with my wife. We asked the Father, “You’ve poured this blessing out on us, so how are you going to make a way for this to be sustainable for our family?”

At that moment my wife Anna reminded me of a conversation she had with our son Gabriel. She asked him if he had the choice to either travel the world and go on tour with dad to all the big cities and eat all the best food—or get a dog and stay home for a year—which would he choose?  I was thinking about my response, that I would rather travel and see all the places and eat all the food. Anna told me that Gabriel responded so quickly and said, “Mommy that’s easy, I’d get a dog and stay home together.”

That’s when the Father asked me this question, “You wrote a song about being reckless and extravagant and throwing it all away for love—could you do that with your family? Could you throw away career, money accolades, and success? Because if you don’t, you might not have a family.”

Listen to “The Father’s House”

How did it feel to make that decision?

Since I was a kid I always wanted to get the big gig and do the stuff. So many years of my life had been spent working toward this goal, and all of a sudden when I achieved it I heard the Father saying, “I never cared about this goal. I only cared about your heart.”

I felt like Abraham who prayed and prayed for a son, and when he got his son God asked Abraham to sacrifice him. I can imagine him walking up that mountain, and when I walk up the mountain God is going to say “I’ve provided something for you.”

What were the measures you took to care for your family?

After the success of “Reckless Love,” I felt like my life was unraveling and my family had been hanging on by a thread. We decided to take the whole year of 2019 off with a clear calendar. No traveling and no social media. We stayed home to be together as a family and bought a dog. We felt like that was the thing we’d always longed for was to be together.

We set boundaries around our family and cultivated healthy dialogue about my career. I only led worship at my church once a month and declined touring opportunities. I even stopped writing music for the first 6 months and waited for God to speak or reveal a significant next step.

That first 6 months was difficult after doing so much and winning so many awards left and right. I always knew that wasn’t what life was all about, but going from that into nothing—a winter of the soul—I went stir crazy for the first few months. I wasn’t hearing anything from God, just silence. I kept thinking, “What the heck am I doing?”

I always want to produce. I want to have something to show for what I’m doing. I think that’s an innate feeling we all possess to some degree—especially men. We want to put our hands to something and then be able to show the world, “Hey, this is what I did!” My year off was completely counterintuitive to that. I learned that you don’t have to create something to be called worthy.

I think our immediate response to the Lord when He asks us to slow down is, “Okay I’m going to slow down, but what do you want me to get out of this?” That was my mindset going in, thinking I was going to get this crazy revelation and this crazy song, or the next big things are going to come out of this season like it’s a formula. God is a mystery, never 1+1=2. He wants to cultivate trust and faith in who He is. The first few months I was constantly searching, asking Him, “What are you speaking? Did I do the wrong thing?”

Did you ever have a moment of breakthrough?

In the midst of my year off, I kept hearing the Father whisper, “You’re not behind. You’re running at My pace.” That pressure to produce—I feel like I wake up with that every day and this year has been a war against that. It’s been a year of realizing I don’t have to prove anything. It’s been a year of complete reliance on God. I had to learn to be okay with not having a stage or being on a pedestal or people thinking I’m awesome; but being cool with being completely dependent on the Father for everything, and the second I compromise that for career or for a song or for a message or for an idea, I have messed up. I’ve missed the mark.

By the summer of 2019, once I realized that He wasn’t going to be speaking formulaically, that’s when He started speaking. There was a 3-4 week period where songs were flowing out of me. I couldn’t shut it off or even go to sleep, and when I did I would just have dreams about song ideas. I think I wrote eight songs in two weeks. It was wild. It felt like the most prolific writing season of my whole life. It felt like the heavens opened, and all of a sudden, God was speaking. It was awesome.

What is the story behind your new song “The Father’s House?”

“The Father’s House” was born a couple of years ago during a tour I was on. We had a few days off in Redding, California and I went to a house that overlooks the Sacramento River where our team usually meets to write music. My soul felt tired and weary, and I sat down at the piano because music is therapy for me. I just poured it out before God and went nuts. I did this for 15-20 minutes until this song came out, “You never want it perfect, you just want my heart.”

I realized at that moment it wasn’t about me having it all together, but offering my heart to God in that space. I was weeping in the voice memo, and I sang that phrase over and over, it was peace to my soul. It was like God saying, “I didn’t want you to never mess up again, I just wanted you to run to me when you did.”

During my year off, Ben Hastings came to Michigan where I live and we sat down to write. He told me that line was a verse, not a chorus, and then we started writing more awesome verses together.

What do you hope people take away from the song?

There are a couple of studies that I’ve read where the strongest heartbeat in the room will actually cause the other heartbeats to conform to theirs. Whether it’s the speed, calmness or craziness, the idea is that the strongest heartbeat in the room will regulate the others. When you walk into the Father’s house, the peace and steadiness of who He is will completely change what you might be feeling at that moment. It regulates all the junk you’re experiencing.

When you come into the Father’s house, everything you’re going through—anxiety, fear, shame—has to stop at the door because you come into peace. In one moment all of that can go, and the peace that has been in His heart since eternity can transform you forever.