Get Ready For Your Calling - Bethel Music 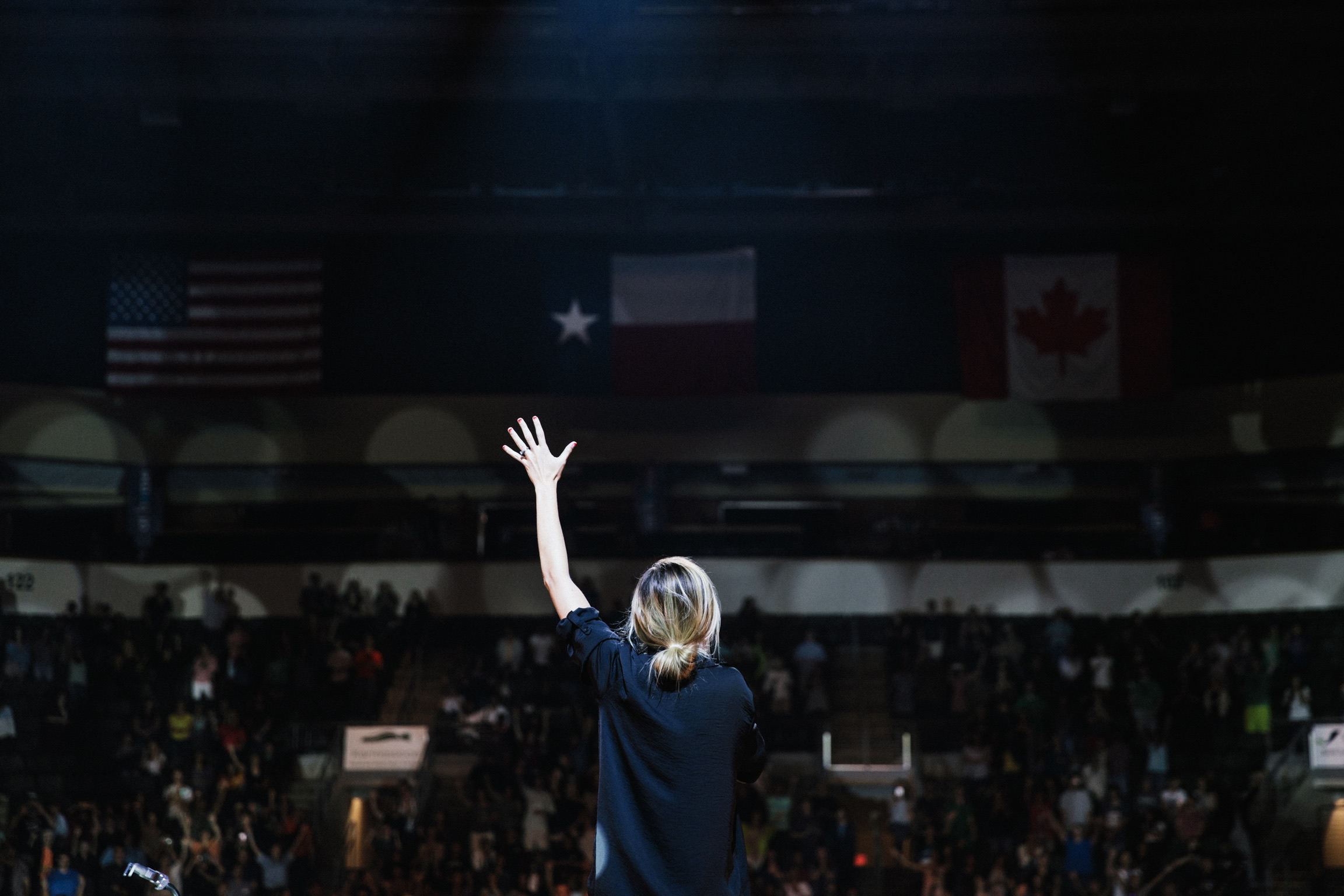 Get Ready For Your Calling

In this post, Kristene DiMarco shares her process of overcoming self-doubt. Her new album, Where His Light Was, stands as a beacon, representing life lessons and revelation uncovered over the last 10 years of her life

I will never forget the night God showed me the importance of believing in my significance.

That night, I dreamed someone wanted to give me a grand piano but I told them no, because my house was too small for it. I thought I could use a baby grand or maybe even a little upright piano—it just needed to be something smaller than the huge piano they wanted to give me.

But in the dream I heard God say, “Your calling is too big for your house right now and you don’t believe you will fit your calling. You need to believe in your significance, Kristene, because I am giving you a grand-piano calling. We aren’t settling for an upright. Whether you like it or not, this is what you’re getting. But you have to be ready for it.”

I realized that the Lord was telling me I wasn’t ready yet for what He wanted to do through me. My lack of belief in myself was hampering the calling on my life.

When I woke up from that dream, I agreed with Him and prayed, “Yes, God. I want that, but please help me!” That is often how the journey starts—with a “help me” prayer. A lot of you have huge dreams in your heart right now, and maybe you put them down because they felt too big or unobtainable. But today is the day to start picking them back up.

You never know how much doubt is inside you until you start to believe in something. When I decided to believe my significance, I suddenly found myself in a battle. All these lies I never knew I believed started popping out of the woodwork. It was like self-doubt grew fangs and said, “I can eat you alive! You’ll never become who you’re supposed to be!” But I could feel my calling like a ball of fire burning inside of me. The enemy was trying to put that fire out. Doubt was trying to pour water all over my dreams.

I came to realize that I had been letting doubt push me around, because I didn’t know any other way. But I knew I was faced with a choice. I could continue to let doubt squash me or I could stand up and fight back. Knowing I couldn’t just lie down and die, I started to get angry.

The truth is sometimes you have to get mad. If something is trying to steal away your calling, your beliefs, who you are, who you’ve dreamed of being your entire life—do something about it. There’s a reason those dreams are in your heart. It’s because God put them there! Don’t let them die. Fight for them!

One of the biggest lies the enemy throws at us is that others are more significant than we are. He tries to trap us in a game of comparing ourselves with others, which, honestly, doesn’t make any sense at all. If you think about it, it’s actually the weirdest thing because as an individual, you carry something specific that is impossible to duplicate. What I carry is so different than what other worship leaders carry, but it’s equally as needed. Places like Bethel or Hillsong might be somebody’s platform, but it isn’t everybody’s platform. Stop comparing yourself because there is a calling and a pair of shoes only you can fill.

Comparison will cripple your gift and will give self-doubt a strong foothold in your life.

I used to pastor the worship teams in the 2nd year program at Bethel’s ministry school. At the end of every school year, I would have my students write on watermelons all the lies they’re believing. Then we would take those watermelons outside and obliterate them. It was a watermelon massacre every time! Maybe you need to do something similar. Do whatever it takes to get rid of the lies you believe.

The reason all of this is so important is because you really have no idea what your life is going to do and where God might take you. You have no idea the number of people your life is going to impact. Whatever struggles you may go through, your breakthrough is never, ever just about you. There are thousands of people who need you. They’re counting on you to tap into the strength of God that enables you to do “all things.” (Philippians 4:13)

What is your dream? Is it to sing on stage as thousands of people are impacted by your music? Is it to create paintings that are hung in museums? Let God instill the courage to believe inside you. What the Lord has given to you, only you can accomplish. The sound of your voice and stroke of your brush cannot be duplicated. Trust in the promises of the Lord and in His guidance and He will bring to pass all He has promised.

Click below to listen to Kristene DiMarco’s new album Where His Light Was.

Read Kristene DiMarco’s blog “I Am No Victim”: Click to Read