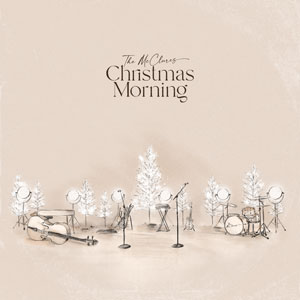 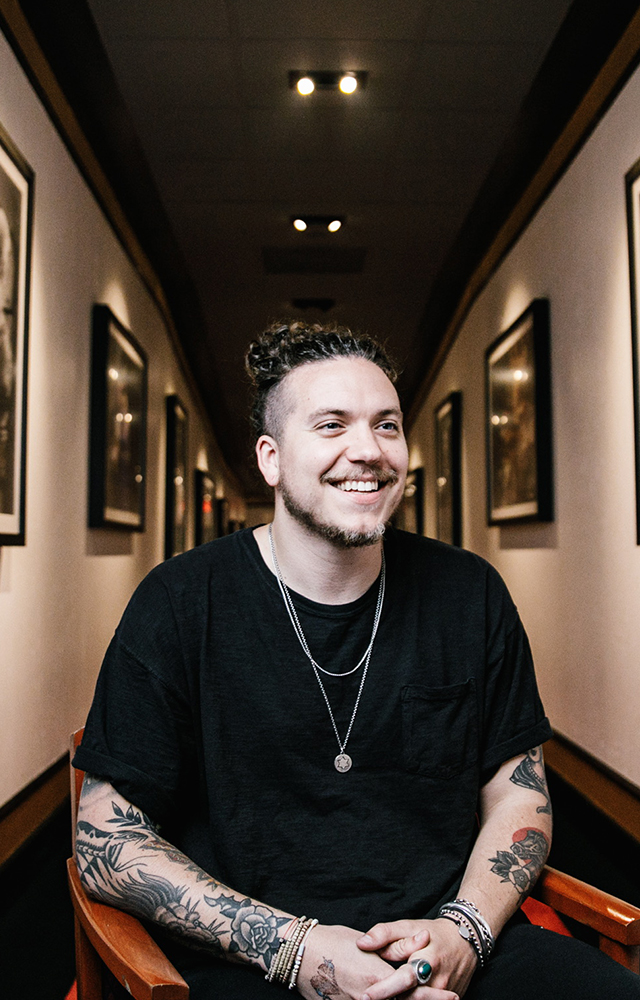 Brandon Lake is Bethel Music’s newest artist from Charleston, South Carolina. We love the joy and freedom that Brandon carries in worship, and we’ve had a blast with him on VICTORY Tour and at Heaven Come! Check out this interview with Brandon and listen to his new single “This Is A Move.”

1. How did you meet your wife, and how long have you been married?

I met my wife Brittany while leading worship for a college ministry at the College of Charleston. I can honestly say from the moment I spotted her in the crowd, I knew there was something special about her. I had to get to know her. And after I worked up enough courage to go speak to her, I quickly found out she was what I had prayed and dreamed of having in a wife. Game over. I asked her to marry me eight months later, and we’ve now been married for eight amazing years.

2. How many children do you have, and what does your family do for fun?

We have two beautiful blonde-headed boys: Blaise our four-year-old and Beau our two-year-old. We’re currently in the season where most days we’re hanging out in the backyard letting my boys get all their energy out. I spent most of my time as a kid playing outside, and think it’s important my boys can have that same upbringing. Let boys be boys! My boys can’t get enough of the pool and the beach, and because we live so close to both, so we are there almost daily. They’re probably the most tanned kids in all of Charleston. Brittany and I love to go downtown and explore new restaurants, shops, and take in as much of the city as we can.

3. How has worship impacted you and your relationship with God?

My relationship with God started before really understanding what worship was. I grew up in a home where Jesus was the center. I spent most of my childhood in a church plant my family started in Myrtle Beach, South Carolina. Church plants are anything but easy, and it seemed like every month we were praying hard as a family and believing God to provide. As I watched my parents worship and pray through many seasons and situations, I saw that worship and prayer created a bond between them and God. It seemed to make a difference when we worshipped, and this shaped what our family was all about. It wasn’t hard for me to start worshipping God as I began to understand this personal relationship He had invited me into. When I realized worship was what I was created to do, it all made sense. I dove straight into this relationship with God and worship music became my favorite avenue to encounter and hear from God, and it still is. I feel honored to have a calling that involves me using my vocals and instrument to watch others connect to their Father through song. I’m obsessed.

4. Who has inspired your journey as a worshipper?

My greatest inspirations are my mom and dad. The way they worship is so encouraging but also challenging. I want to seek God as intentionally and passionately as they do. Within popular worship music, I’d have to say Phil Wickham has been one of my biggest inspirations. From his songwriting, creativity, and vocal delivery to the way he has been able to put songs out that sound unique but are so congregational and bring people along for the journey.

Listen to “This Is A Move”

5. How did you start leading worship and writing music?

I picked up the guitar because my dad used to lead worship before he focused on preaching. I asked him to teach me a few chords because I thought the older kid in the youth group who played guitar was cool. I picked it up for a few weeks, and like many others, I quit when my fingers started to hurt. I couldn’t ignore the passion for learning, and I eventually picked it back up. Once some friends overheard me singing in a small group, and they begged me to sing and lead our group. I refused for the longest time because it felt so vulnerable—I hated the thought of it. I eventually gave in after they nagged me for long enough. After starting to lead in a small group, I was asked to lead at youth group with a few hundred kids. It was there that I fell in love with watching people connect to God through these songs. Songwriting organically came for me because I spent so much time in my room practicing and learning new songs. Between songs, ideas just started to come to me, and I began to surround myself with others who wanted to do the same. From there, I began to get excited and even obsessed with writing songs.

6. What inspired you to write “This is a Move”?

Over the past few years, I have wrestled more than ever with the idea of God as our Healer. The phrase “Wonders are still what you do” literally just bubbled up out of me as I was on my way into a writing session, asking God what He wanted to say to me or through me. I think I spit out that phrase because that’s what I was wrestling with in my spirit. And this wasn’t a bad “wrestle,” it was an honest one and came from the posture of, “I want to believe that wonders are still what you do.” I’ve seen God move in so many miraculous ways, especially over the past year. It’s become so evident to me that this is an aspect of God that the Church has often steered away from teaching on. I believe God is healing people all over the world and wants to even in a greater measure because it’s one of the ways He loves on His children. I think as worshippers, as front liners, and as culture creators—it’s important we sing about these things. It’s my honor to declare this truth over people, and while I do so, believe that people are being healed. John 14:12 says, “Whoever believes in me will also do the works that I do, and greater works than these will he do.” If this is true, and we are meant to do even greater things than Jesus, then I want to experience that for myself, and let that be true of my life.

7. What do you enjoy about being a worship pastor?

People—it’s what this is all about. Building people is the most challenging but most rewarding part of ministry. There’s nothing like pastoring and shepherding someone through their next steps and seeing them accomplish more than they ever thought they could. It never gets old, seeing people express love to God in worship and then watching Him respond every weekend.

8. How have you seen God moving recently in the global church through worship and songwriting?

God is connecting and unifying different streams of worship and artistry all over the world. More than ever, I am seeing more unity across denominations and styles and expressions of worship. It’s critical this happens because if we want His Kingdom to come, His Kingdom will look like family. We still have a lot of work to do, but I am seeing God soften hearts. People are humbling themselves to learn from each other and create something so beautiful. In the past two years, I’ve written songs and spent time with more people that don’t look like me, sound like me, think like me or act like me than ever before. This has made me a better leader, writer, father, husband, and follower of Jesus. It’s given me such a better perspective and revelation of God and His people and our purpose on this earth. I pray everyone comes to experience what I have in the past few years, we are only just getting started.

9. If you were stranded on a desert island and could only take 1 person from the Bethel Music Collective, who would it be?

Listen to Brandon Lake’s new single “This Is A Move” available now wherever you listen to music!