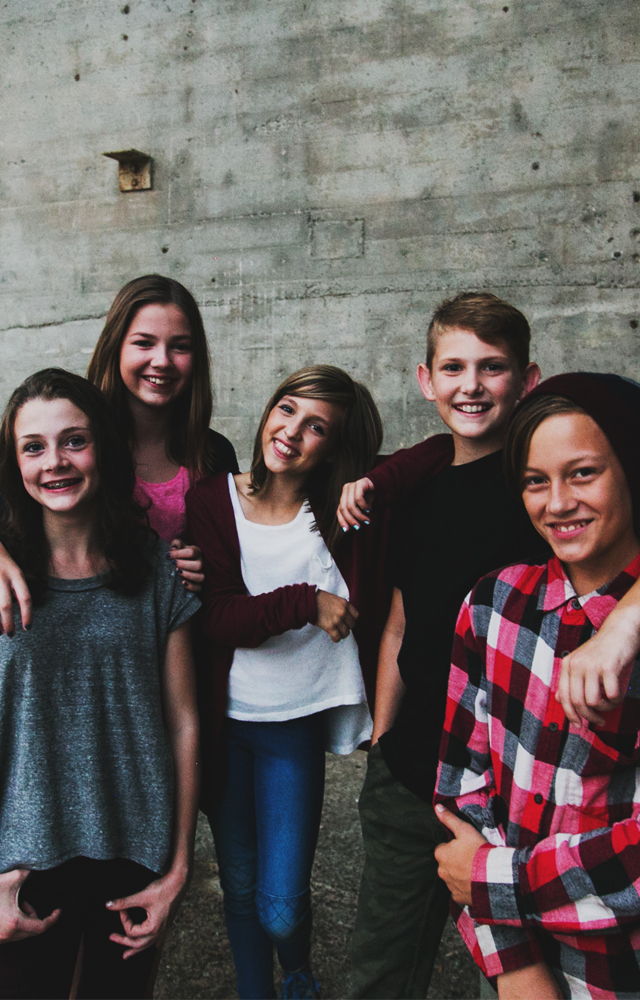 Behind The Scenes, Bethel Music Kids

Bethel Music recently announced the first and highly anticipated Bethel Music Kids worship album and DVD, “Come Alive.” This project is aimed at cultivating in the next generation the greatness they possess as children of God, the inseparable connection they have to Jesus, and the truth that they are powerful vessels of worship and contributors in the kingdom.

We recently sat down with Brian and Jenn Johnson to hear the heart behind this project and here’s what they had to say.

What’s your vision for this album and what do you hope it brings to the families who hear it?

Jenn: Something that’s really celebrated, especially with this album is fun, and I think that we can never lose sight of the fact that there’s a fun element to worship. Yes there’s a reverence and there’s an awe but – we have this saying that God is as happy as He is holy, and I think that that’s what we want to champion our kids in – that God is so fun and He is so wonderful. Just seeing that in the kids, seeing the fun and the raw and the real, that they’re not going to be into any fluff – I think it’s just incredible to watch that unfold.

What is something that excites you about the next generation of worshipers?

Brian: I feel like each generation grabs something more– they take from the previous generation of worship leaders and stack on it. I’m also seeing a power in worship that has been really unique to this generation– encounters, healing and deliverance. When kids get a hold of that power in worship, there’s just going to be more of the kingdom coming to earth.

The church historically has been growing in creativity and worship. Years ago, there were no instruments, and slowly those have become introduced and has led to new waves arts and creativity in the church. I think this generation craves something that’s real and that ministers to them on a personal level, regardless of what’s been popular before. They are grabbing onto something that won’t compete, but will allow the church to use that inspiration from God to put out creativity that the world is looking for. The wineskin is being structured now, so that the next generation can hold even more.

Jenn: I’ve been thinking about the next generation of worshipers, because we have young kids— ages 8, 10 and 13. We are really passionate about not just catering to adults in worship, but to championing our kids and kids in our community in worship. Modeling for them what a posture of worship looks like and encouraging them to step into those moments. It’s really beautiful to see this forward motion to what worship is turning into.

What are some things you’ve experienced as you are teaching your kids to worship and hear His voice?

Jenn: There’s fewer things on the planet that makes me happier than watching our kids hear or feel something from God. Being able to lead them to hear God’s voice is everything.

Brian: You can’t control or force your kids to know God, even though every parent at some point probably tries that. The perfect parent would know the right balance between keeping them guarded from drama in life, but also exposing them to some of it so they can see God’s hand in your life and the world around them. You want them to see complete void without God and then see the light, when God comes through. Let them watch you worship through the pain and see what it looks like to co-labor with Him. What’s something that’s happened with you and your kids as they are learning to be in HIs presence?

Jenn: We encourage our kids to acknowledge when they feel like the Lord is speaking to them, and we try to help them act on that. Recently, one of our kids told me that they felt like God wanted them to drive on a certain street. So, we stopped what we were doing, prayed and went off for a drive. Even though it wasn’t a big revelation, the point is, is that we are championing them to hear God for themselves and to know He is always speaking to them. It’s not always convenient, but when they do feel like they are hearing God’s voice, it’s important that we move with them in that.

Brian: In my own life, I grew up seeing worship leaders and I learned from them by watching, not just by listening to them. What’s exciting about Bethel Music Kids is that kids will get to watch other kids worship God. Worship is a real expression of your heart to God. In a lot of churches and culture, worship can feel like it’s just for the adults. There can be a disconnect for the kids and we’re trying to bring them in to worship and encourage them to be caught up in worship, in His presence. What happens is that when our children are in the atmosphere of worship, even if it’s not a heart connection yet, they will encounter Him— they will grow into a heart of worship.

Like the other night, my son gets in bed with me and he’s just freaking out because he had this nightmare and he says “Dad can you put some worship music on?” So he’s learned that when the worship music is on, it’s peaceful, and I’ve taught him and talked to him about how when we worship, when we praise God, He inhabits our praise – He comes. He knows that now and he’s asking for it. That’s when you start realizing they’re having their own experience with God and I think that’s what’s fulfilling as a parent.